The liquid portion of the ink composition is called the binder; the solids are pigments (pigments or dyes) and various additives. The resin for ink is firstly used as a carrier of a pigment, and solid particles such as a powdery pigment are mixed and connected, and the color material is uniformly dispersed therein, and depending on its wetting effect, it is easier to be ground to a certain degree of fineness on a grinding machine. Secondly, as a binder, the pigment is evenly wrapped by the resin and can finally be fixed on the surface of the substrate to achieve the purpose of displaying the pattern; and also relying on its connection, the ink can be transferred on the printing machine and transferred to the substrate. On the film or paper; finally, on the print, the binder also functions as a protective film and exhibits the necessary gloss and can even have the effect of protecting the substrate.

Second, the impact of resin on ink performance

The adhesion force between the ink and the substrate mainly includes the chemical bond force (ie, the force between the atoms), the intermolecular force (hydrogen bond force and van der Waals force), the interface electrostatic attraction and the mechanical force. The main source of these forces is the interaction between the ink resin binder and the substrate. For different substrates, the use of suitable resin binders has become the key. Generally speaking, for non-polar substrates such as PE and PP, even if corona surface treatment is performed, the surface tension can only reach about 38 Dyne. The resin structure should be non-polar, such as chlorinated polypropylene resin binder; for PET, PA and other surface polar substrates, polyurethane resin binders can be used. Now, the polyurethane ink connecting system can solve the problem of adhesion on non-polar substrates by adding a small amount of adhesion promoter specifically for PP and PE, or using a small amount of chlorinated polypropylene resin and polyurethane resin. It has been able to solve the problem of the universality of the resin connecting material, and at the same time solved the problem of toluene solvent residues that are prone to occur with the chlorinated polypropylene resin as the connecting material. Today, it is particularly important to promote green environmental protection.

It can be seen that the resin binder in the ink as a dispersed wetting medium also provides the most basic and important attachment fastness between the ink and the substrate, and is one of the most basic indicators of the ink.

2, the coloring of ink

Organic pigments are the most basic materials for providing ink with color, but the color exhibited to consumers as the ink adheres to the surface of the substrate tends to produce a more or less deviation from the color of the pigment itself. The reason is due to the fact that in the ink, the pigment particles do not exist alone but are dispersed in the binder medium. Microscopically, the best wetting and dispersion state of a pigment particle is completely encapsulated by the resin binder and adhered to the substrate surface. The appearance of color is that the light incident on the coated pigment surface through the resin-attached film layer is transmitted to the consumer's eyes through reflection. The transparency of the resin is good or bad, and the size of the color number directly affects the expression of color by different colors. At the same time, whether the resin wets or disperses pigments directly affects the uniform coating of the resin to the pigment and also affects the hue of the ink itself.

Anti-sticking is an important property index of printing inks. Gravure printing is a printing method with high ink supply, good reproducibility of steps, and high printing speed. The inks used are mostly solvent-based volatile drying inks. After the ink is transferred to the printing substrate through the printing plate, it passes through the drying tunnel and the organic solvent is quickly volatilized and dried. It is known that when the film is rewinded after passing through a high-temperature drying tunnel, the surface temperature of the printing film is generally between 40Â° C. and 60Â° C. At the same time, due to the existence of the winding pressure, if the anti-stickiness of the ink itself is not good, severe winding can be caused. Adhesion quality accidents cause irreparable economic losses to ink customers.

The anti-stickiness of the ink is good and bad, in addition to the thoroughness after solvent gradient evaporation during the printing process, but also directly related to the film formation of the resin binder used and the molecular nature of the resin. The good film-forming resin binder can give the ink a good dryness. After the solvent is volatilized and thoroughly dried, the film is completely formed, and the anti-sticking property is excellent after winding.

In gravure printing, ink resolubility is also a key indicator for detecting ink performance. Especially in the printing of color inks, moderate remelting not only enables full color display, but also solves the problem of plate blanking and overprinting.

In the color ink printing, according to different requirements of the color tone, the depth of the ink hole of the printing plate is different, the amount of ink transferred to the surface of the printing material is also different, the volume of the ink hole is large, and the amount of ink filled in the printing process is large. The thickness of the film transferred to the substrate is small; the volume of the ink-receiving hole is small, the amount of ink to be filled is small, and the film layer transferred to the substrate is thin. As a result, a shaded, colorful picture is formed on the base material. In poorly resoluble inks, due to the high-speed rotation of the drum in the ink tank in the shallow part of the printing plate, the remaining ink is not easily re-dissolved by the ink in the ink tank, resulting in shallower and more shallow printing of the network, eventually causing a blockage accident. For re-inking inks, during the overprinting process, the printed ink is easily dissolved by the ink solvent in the printing plate, resulting in ink string color problems.

After the ink is stored for a period of time, the upper part is thin in the container, the viscosity is small, and the color and concentration are also relatively poor; the lower part is thick, the viscosity is large, and the color and concentration are also relatively good. Intaglio printing inks are fluids with a small viscosity and a low viscosity due to poor dispersion of the pigments in the binder; the density of the pigments or fillers is too large; and deposits are prone to precipitation during long-term storage. All of these problems will affect the performance of the ink. Even after fully shaken, this condition of the ink will give the customer a bad impression while increasing the burden on the worker without affecting the conditions of use.

Scissor and Knives are necessary for everyone's daily life. People love to use different functions of them for different works, our products line is including the chef knives, fruit knives, Kitchen Scissors and daily scissors. Reasonable choices not only meet the needs of the work, but also save people's time and improve work efficiency, quality and safe tools are especially important. 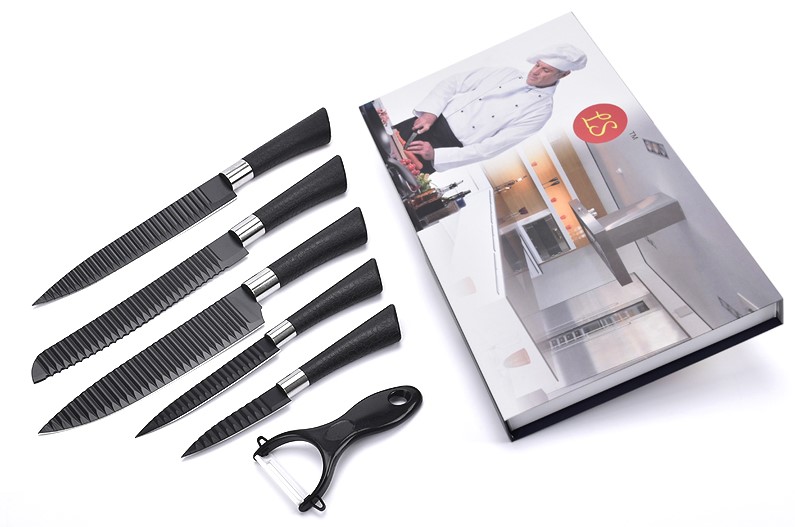 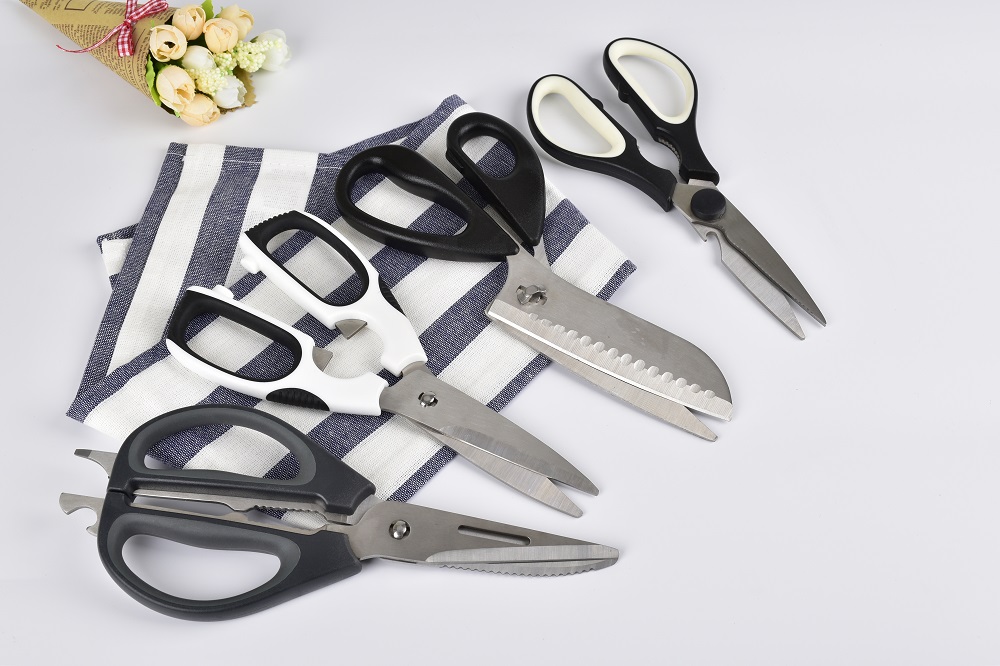